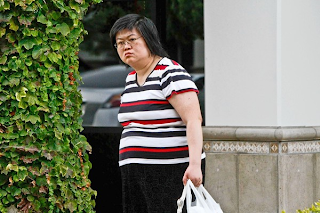 A Rowland Heights doctor was arrested Thursday in the overdose deaths of an Orange County man and two others, capping a multi-agency investigation into an alleged ”pill mill” that drew customers from as far away as Arizona.

If convicted, Tseng faces a maximum prison sentence of 45 years to life. The Osteopathic Medical Board of California also has taken steps to revoke her license.

A felony complaint was filed Wednesday by the Los Angeles County District Attorney’s office following a four-year investigation by the federal Drug Enforcement Administration and the state Attorney General’s Office. The DEA stripped Tseng of her ability to prescribe addictive drugs in August 2010 and accused her of writing more than 27,000 prescriptions over a three-year period with few, if any, examinations.

Tseng’s arrest on $3 million bail came at the relief of parents who’ve long called for her to be put out of business and placed behind bars.

“Prescription drug overdose deaths have reached epidemic proportions. Enough is enough. Doctors are not above the law,” said Los Angeles County District Attorney Steve Cooley. “Dr. Feelgoods who knowingly over-prescribe drugs for no medical reason other than someone asks for drugs and pays the doctor a staggering amount of money will be dealt with severely.”

Her arraignment is scheduled for Friday in Los Angeles County Superior Court.

Tseng had been running the medical clinic with her husband, also a physician, since 2005. The clinic remains open in a shopping center along the Pomona Freeway.